AC Transit, and a coalition of regional transit partners serving seven million people in the Bay Area, yesterday presented the newest hydrogen production and dispensing station to fuel the latest generation of zero-emission fuel cell buses operating in AC Transit’s service area, and in the coming year throughout the region.

Federal, state, and local officials formally dedicated the station this morning at AC Transit’s Emeryville division, where hydrogen to fuel the fleet is produced in part by solar-powered electrolysis.

AC Transit General Manager David Armijo said, “For over a decade, AC Transit has been developing the most comprehensive, zero-emission, fuel cell transit program in North America, and operating zero-emission buses in real-world service. Now, with increased fueling capacity, we have a greater capability to offer clean, quiet, zero­ emission transportation to the communities we serve.”

The station also features Linde’s latest advancements in compression and dispensing technology, enabling buses to be refueled at rates up to five kilograms/minute – a time comparable to refueling diesel buses. Thanks to a major grant from the California Air Resources Board, one dispenser is accessible to the public for fueling hydrogen fuel cell electric passenger cars, including the Mercedes-Benz B-Class F-CELL, now on the road in both Northern and Southern California.

“Linde is excited to provide a clean fuel solution that delivers so many quality-of-life benefits to Bay Area residents. Their public transportation has just gotten quieter, the air they’re breathing is fresher and cleaner, and we’re using a domestically produced fuel instead of imported oil. These are positive, concrete steps toward reducing greenhouse gases and increasing sustainability. Linde is proud to take such a prominent role in improving our future,” said Pat Murphy, President, Linde North America.

Fuel cells do not burn the fuel they use. Instead, they combine hydrogen with oxygen from the air electrochemically to produce electricity and emit only water vapor. AC Transit operates twelve 40’ hybrid-electric, zero-emission fuel cell buses, each powered by a 120 kW UTC Power fuel cell system and a Siemens ELFA Drive System.

“We are proud to partner with AC Transit,” said Joe Triompo, VP and General Manager, UTC Power. “Their leadership in the deployment of fuel cell buses in the United States and their commitment to reducing their environmental impact are inspiring. We believe the future of energy is here and embodied in the fuel cell buses operated by AC Transit. With multiple fuel cell buses in operation today, AC Transit and the community they serve are already reaping the benefits of superior efficiency, increased reliability and reduced emissions for environmentally responsible operations.”

In recognition of AC Transit’s solar installations across its facilities, Pacific Gas and Electric Company (PG&E) presented a check, representing what will amount to more than $500,000 in rebate incentives from PG&E through the California Solar Initiative (CSI) program, to AC Transit’s General Manager. Additionally, in honor of AC Transit’s HyRoad Program, Tom Sullivan, Chairman of Proton OnSite, presented a $20,000 check to Lawrence Hall of Science at UC Berkeley to further youth science education in alternative fuels. 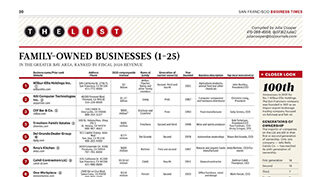